Finding scientific proof for the Native American stories of the Newberry family has finally been successful. In 2003 and 2009, DNA tests were conducted on two separate individuals from James Newberry's families. This type of test (YDNA) is done on males descended from father to son, from the person in question - in this case JAMES NEWBERRY b. 1791, Warwick, N.Y.

To help us determine the family's ethnicity, a gentleman descended from James Newberry and his second wife Elizabeth Haskins, agreed to take the test in 2003 with Family Tree DNA.  At that time, the tests showed Siberian and Polynesian markers which had not yet been defined as Native American by the scientific community.

New categories for Native Americans were added to the knowledge base between 2003 and 2009, thus, giving us identical and more detailed results for the next test in 2009.

In 2009 another member of the family descended from James Newberry through his first wife Mary Smith, agreed to be tested. The labs associated with DNA Consultants in Phoenix were used for this test, as they had developed a newer, more accurate test and could read more markers.  Comparing both tests, the previous markers were identical with the test done in 2003, with additional markers added. The only difference was that new indigenous markers had been identified and confirmed since the first test was done in 2003, i.e. those relating to the Siberian and Polynesian markers.  The markers indicated in the 2009 test finally ratified a Southern tribe (Tsalagi, Cherokee), and a Great Lakes tribe (Iroquois Confederacy).

These tests proved the supposed "family fables" written by many Newberry and Morris family members over the past one hundred years. Empirical evidence(a patriarchal blessing) previously given by none other than the LDS Prophet Joseph Smith's brother, Hyrum Smith; documented James Newberry's Native American ethnicity back in the 1840s. Now, we have scientific proof.

To understand Indian research, one must realize Native Americans who intermarried with European people would almost always claim to be "white" on the censuses of the 19th century. Why?  Because in this period of history Native people were being subjected to death marches onto reservations after being relieved of their land by national and local governments. For the Cherokee (and other tribes) circa 1833-1839, Andrew Jackson developed a policy of Indian removal, which was built upon his predecessor's 1832 policies. Andrew Jackson and Martin Van Buren used the Cherokee as allies in protracted Indian wars against the Seminoles, promising them a great reward for their assistance.  Unfortunately, the reward was that Jackson double-crossed them and forced their removal to Oklahoma in the dead of winter in a migration known as The Trail of Tears.

The 19th century Cherokees lived as well as any European on plantations staffed with slaves who took care of their families and homes.  Their homes were as modern as any built by European immigrants. When gold was discovered in their homeland, the Cherokee and were herded into present-day Oklahoma. This historical period is why so many native born people of all tribes, were undocumented and remain so to this day.  They often hid behind sympathetic and duplicitous comrades who wouldn't report them to the authorities. As late as the mid-20th century, families hushed up their ethnicity and discouraged their children from revealing it to others - often denying it among themselves.

Anciently, the Cherokee intermarried with Portuguese and English explorers, giving them a head start in racial dilution.  Therefore, their racial makeup allowed them to appear lighter with distinctly European characteristics.  The Cherokee also intermarried and lived among the Iroquois in the seventeenth century.  However, the language barrier and politics between tribes forced them to part ways.  In the 18th century the southern Tuscarora were again present in the N.E. and bonds were undoubtedly forged between tribes and families.

Following Native American genealogy is more challenging than any other.  There are only a few truly "professional" genealogists who do this work.  It takes digging in places where no one would think to look, and still the evidences are less than satisfying.  All the records for these people were written by Europeans, so the clues cannot always be proved beyond a shadow of doubt.

Indian research has its own set of rules.  If adhering to genealogical rules developed by American researchers and historians, the search will likely be fruitless – because they throw family traditions and stories into the realm of myth. Much of what an Indian researcher finds will be esoteric, and therefore not admissible in the court of rigid genealogists. These types will tell you that if you don't have a record written by the U.S. government, then it is purely conjecture.

Early Native people had only an oral history, handed down from one keeper to the next.  When they did write it down, it was much later, after they surrendered their traditions to those who could write.  Then it was just a record of the oral history. Generally no early paper trail exists, unless it is written by non-native people. The Cherokees were the first to develop their own written language between 1810 and 1820.  The history is still being written by descendants who have an interest, but have grown up in an Americanized culture.  The history will probably never be truly authentic in the eyes of those who demand a written record.

The following 2009 DNA details are from a descendant of James Newberry’s first family with Mary Smith. James Newberry was born May 29th 1791 in Warwick, N.Y. Results of tests indicate ethnicity within the family.  For many years the Cherokee story circulated through the family and were debated.  Depending on the family, the stories were denied or embraced.

The Newberry genealogy as found on familysearch.org may in fact be inaccurate to some extent, especially before 1700.  The Newburgh/Newberry research group is currently working on untangling the many English lines that came from the United Kingdom between 1620 and 1700.  They are more numerous and less binding than once thought.

The John Newburgh clan in Groton, Connecticut, is thought to be accurate, but their roots are still in question.  Their later movement to New York can be proven with some documentation.  It is thought that John Newberry who married Jemima Benedict may have provided the beginnings of the Cherokee past.  Jemima’s father was the Rev. James Benedict and Jemima’s mother was a ghostly woman whose record has been lost in time.  Some considered her mother to be Mary Blackman, but there are two records for Jemima’s birth, one to a plain woman named Joanna (no surname). In the Barbour Records, Mary Blackman’s name was also entered as being her mother.  It is thought Joanna is the correct mother for many reasons.   Joanna may have died shortly after her daughter’s birth.  Some records show that there may have been a divorce from Mary Blackman.  It is a convoluted story with nary enough records to correctly establish their history. 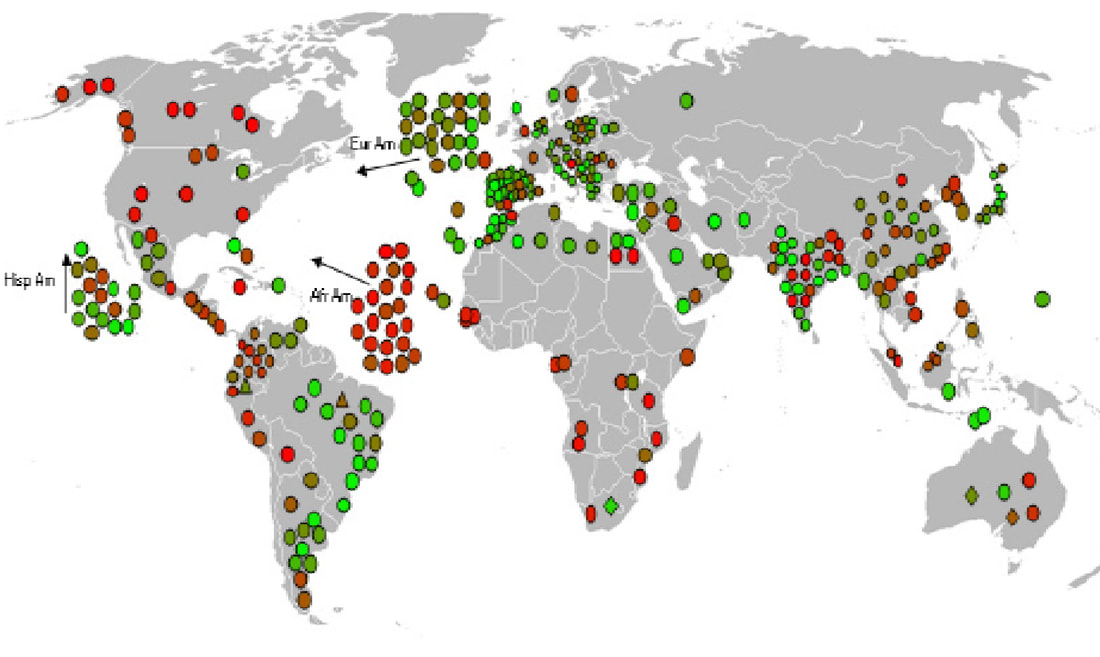