Thank you donors for all your support in 2019.

​ Sign up on Contacts tab if you wish to receive notifications and quarterly newsletters in 2020. 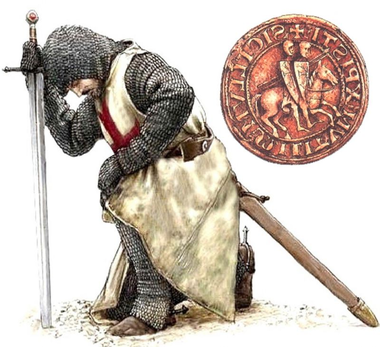 Templar image from TaccuiniStorici​.it.
NEWEST NEWSLETTER
Apologies: PDF  documents herein are not supported on cell phones.
​This web site is dedicated to the armigerous Newburgh family
Commencing  circa 1066 when ​William the Conqueror became king. Some of the Newburghs became Templars and fought in the Crusades.  On this site you will find emerging information about several cadet Newburgh lines of Dorset and their descendants who have spread the world over. Follow their migration to New England and other points across the pond and all over the world.  We invite you to participate!  New information is always being added and/or amended.
____________________________________________

LULWORTH IN PHOTOGRAPHS ~
photos by author
DURDLE DOOR -  an iconic keyhole arch rooted in the sea west Lulworth Cove is one of the most photographed natural wonders in southwest England, and a timeless representation of the sprawling Lulworth tract.  Come visit the land and meet its people.

The medieval Newburghs were descended from the Norman BEAUMONT family, who were known to have been cousins of The Conqueror. The 1st Earl of Warwick, Henry Beaumont/Newburgh, was belted in the later part of the 11th century.  He was a friend and confidante of Henry I.  The king bestowed the Winfrith Hundred on Henry Newburgh circa 1106/7.  This included the lands just east of the early Crown MANOR OF LULWORTH ST. ANDREW.   See timeline. In the thirteenth century, Earl Henry's cadet lines settled the West Country along with their Beaumont kinsmen in Dorset, Somerset, Devon and Wiltshire.

According to historian John Hutchins the medieval Newburgh family possessed over 45,000 acres of the Lulworth tract surrounding the manor of Lulworth St. Andrew. They were known to have had a seat somewhere on the Winfrith Hundred, perhaps at West Burton. They also held considerable land in other counties and Hundreds. Recent discoveries in the Bindon Abbey Charter place the Newburgh family on the manor of Lulworth St. Andrew as early as 1233 and perhaps earlier. Charters were revisited by each successive king.  During their 400 year occupation of Lulworth, the Newburghs also held land in Somerset, Wiltshire, Gloucestershire and Kent. Berkshire may have also been part of their demesne via a separate cadet line, which is currently under study.

17th CENTURY LULWORTH PARK (current East Lulworth) was established in the 17th century by the Howards, Dukes of Norfolk and Earls of Suffolk.

The Lulworth Castle of today is a 17th century replica of a four-towered French inspired fortress, built by Thomas Howard, 3rd Viscount Bindon between 1605 and 1609.  It is believed Inigo Jones was the architect. This castle's forerunner(s) were mentioned by William of Malmesbury in 1139. The early castle was believed to have been erected near Lulworth Cove -  a 12th century siege structure known as Lulworth Castle. It was probably a motte and bailey structure. The exact location is unknown, but was thought to have been at Little Bindon near Lulworth Cove, or perhaps uphill from the cove just north of Bindon Hill  on the Crown manor of Lulworth St. Andrew aka St. Andrew's farm. Studies suggest the castle builder may have been Henry Newburgh, 1st earl of Warwick. The earl died in 1123.  His son Roger, the 2nd earl was also known to have been a castle builder.  As a Marcher Lord, and Lord Gower, the king granted Henry de Newburgh the Wales peninsula where he was credited with the founding of Oystermouth, Loughor, and Swansea Castles.

Beginning circa 1149 or before, records from Merton Priory indicate there was a church on the Crown manor. By 1225 it was formally dedicated to St. Andrew. Henry VIII's historian, John Leland later corroborated a castle stood next to the church when he visited the manor in 1535.  Further evidence in a 1600  'Visitation' (held at the British Library)  mentioned the Newburgh arms were created in the church's stained glass as a monument to the family. Ordnance Survey maps from the early 19th century show where the archaeological sites existed. St. Andrew's church and the 'manor house' described by Leland, stood together on the former crown manor. Therefore, if the first motte and bailey castle was  erected on the Crown manor of Lulworth St. Andrew, it was probably re-built with stone over the centuries. Limited documentation for the earliest castle makes it difficult to determine with any certainty if the Crown manor was the site of the known motte and bailey structure.

New evidence suggests East Lulworth's hub during the medieval period was the Manor of Lulworth St. Andrew.  The Newburghs were seated there again in 1425 after the death of Edmund Mortimer whose ancestors had alienated the property to the Newburgh family as tenants-in-chief. The Payn family had lived there for two generations before. Nothing remains of the medieval seats occupied by the Newburghs in and around Lulworth.  However,  inland from the coast at Sturminster Newton,  evidence of a castle structure still remains and was thought to have been part of the Newburgh's demesne as shown in a 1485 compotus.

A generation after the death of John Newburgh Esq. in 1484, the Newburgh blood line died out at Lulworth.
Sir John Marney married Roger Newburgh's daughter Christian.  They had two daughters who became co-heiresses inheriting the Newburgh legacy. The legacy was passed on to the Howard family by marriage.

Lulworth Park (where the current castle stands) was developed 1.25 miles east of the Crown manor of Lulworth St. Andrew. James I granted Thomas Howard, 3rd Viscount Bindon, licence to impark an additional thousand acres of Lulworth around the Newburgh’s 13th century medieval deer park. Robert Cecil encouraged Howard to build  a fashionable 'hunting lodge' on the newly developed site between 1605 and 1609.  It was the second or third castle to be built on Greater Lulworth over the centuries.

By 1611, the remaining Newburgh descendants passed into oblivion, and the estate was inherited by Thomas Howard's cousin, the 1st  Earl of Suffolk whose descendant sold the property to the Weld family in 1641.  Before the Welds took possession, the Crown manor was reduced to a farm around 1630, and St. Andrew’s church was moved to  Lulworth Park. The castle was then demolished. Seventeenth century farm buildings were built over the original foundations.

Modern archaeology has concluded that Lulworth Park's archaeology is distinctly 17th and 18th century in origin. The Weld Estate at East Lulworth was the subject of a study by the ﻿﻿Dorset Castles Research Group﻿﻿ (DCRG) for several years, with assistance from English Heritage.  The goal was to locate archaeological remains of medieval buildings associated with the Newburgh family. The only evidence found was an insignificant potsherd of Dorset white ware. However, there exists one curious foundation, described by author/historian Joan Berkeley, located near the castle beneath the lawn, which was probably the Newburghs House of Husbandry.

Cadet lines of the original Newburgh family who began at Lulworth are numerous and have spread across the world.  After John Newburgh Esq.'s death in 1485 his elder son John (son of his first wife Edith Atte More) was removed from his father's customary primogeniture. His brother Thomas was provided for, but removed to Somerset. Descendants of the Esquire's second marriage to Alice Carent Westbury took the helm of Lulworth. Within a generation the blood line died out, and the estate descended to the Howard family.

For more information see my upcoming publication- The Lost Legacy of St. Andrew's Church and Medieval Lulworth, The Development of East/West Lulworth.

Permutations of the Newburgh name have evolved.  Dozens of spellings will confuse the historical researcher until the places and people bind them together. It is a familiarization process. Some common spellings are Novo Burgo,  Neuburgh, Newborough, Newborowe and others. It is believed the surname Newborough/Newberry/Newbury is a derivation of the medieval family name adopted after the family migrated to Somerset.

The drop down lists on the menu show some of the places where immigrants from England migrated beginning in the 17th century;  some Newberry lines became the colonial forefathers of contemporary families of America. Another of the of the Newbury descendants (John Newbury) sailed to India as a merchant taking a letter to their king from Queen Elizabeth. He was the pioneer trader who opened trade with the Ottoman Empire circa 1583.  Thomas Newberry and Richard Newbury were prominent Puritan immigrants in New England in Malden and Dorchester, MA.

GOALS of THIS SITE

The goal of this site is to post documented information about the Newburgh/Newberry families from all over the world, sliding right into the contemporary time frames of English and U.S. history.  As a visitor, we ask that you respect the copyrights ﻿© ﻿of authors and contributors; meaning if you use any content herein, please cite the author and source @ World Wide Newburgh Project in your personal work.  Plagiarism is NOT the highest form of praise.
As an historical researcher, I seldom put the entirety of my work online. Some of what I have posted does have cited sources, but to protect intellectual property - most is not. Additionally, certain subjects are evolving. If you have an interest, in specific stories check back to see if additional information has been added or updated. While writing my latest book or working on articles, sources will not be cited until publication occurs.

​As administrator of this site, I have actively studied this family for nearly two decades.  It is a fascinating diverse group. Have a look around, grab a cup of coffee and enjoy learning some new history.
​
~The  Admin.